In normal conditions, the BB's outer diameter must smaller than the inner barrel's inner diameter, so the BB is slightly below the standby position (as shown), and because of the close curvature of the two, so the contact area (RED area) is wider and the friction is larger.
【S+ barrel】keeps the BB in center with the inner barrel when in the standby position (as shown) and remains coaxial with the nozzle, effectively reducing the friction between the lower edge of the BB and the barrel inner wall (BLUE area).
【Sectional view of the inner barrel】 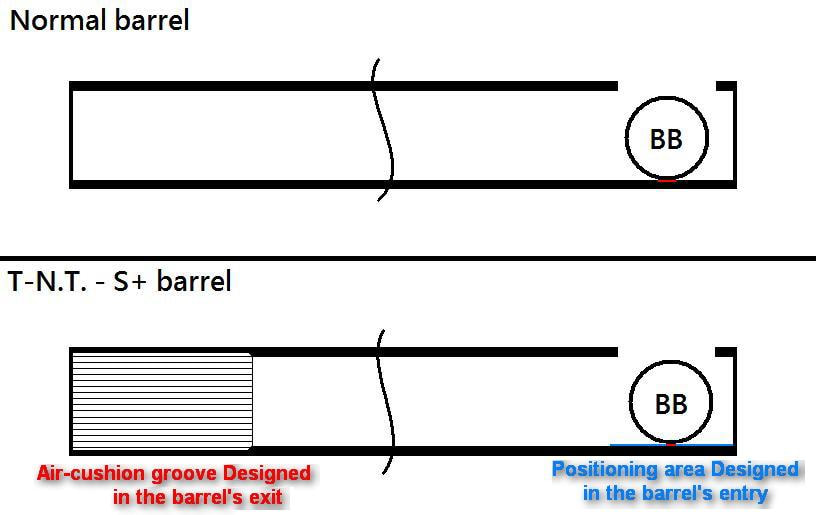 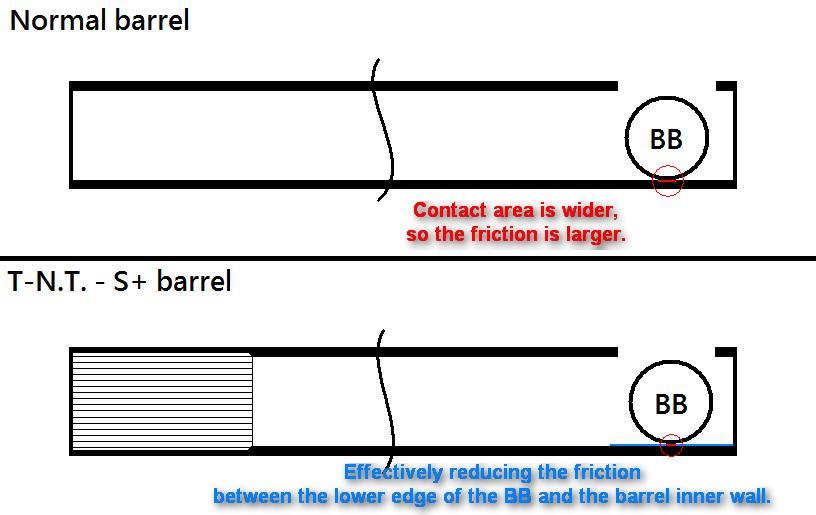 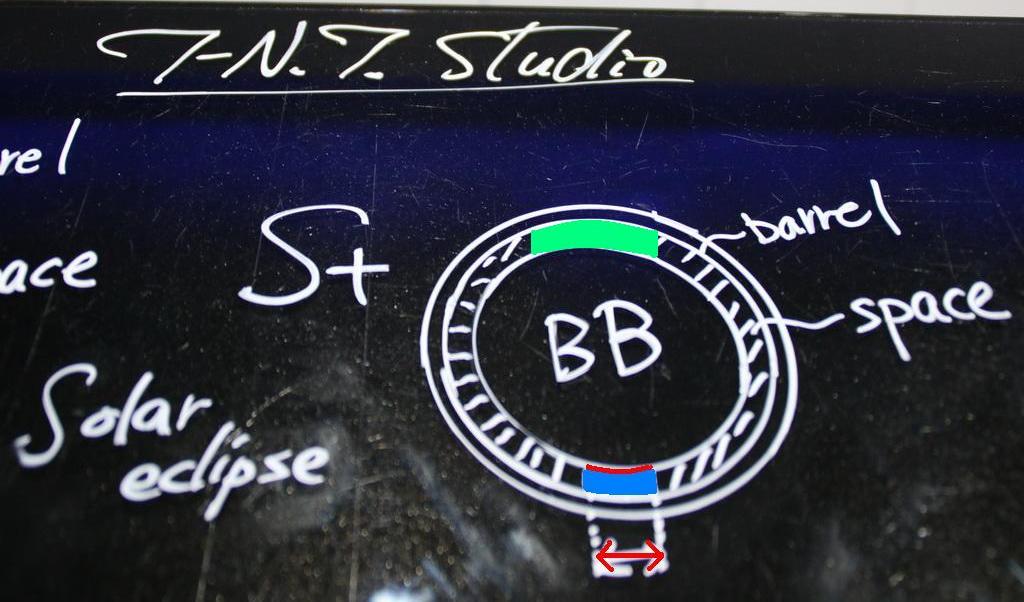 There is a " micro groove support zone" design with a rib directly below the entrance of the inner barrel. The BB is more stable on the support zone surface, and the inner barrel is integrally formed.
2. Because raise the BB standby initial position (BLUE area), the contact area with the inner barrel becomes smaller, effectively reduce the friction at the bottom of the BB when shooting (RED area), so that can reduce the amount of HOP required and relatively make the HOP effect more certain (GREEN area), effectively increase the friction above the BB projectile, and the range of available BB weight is wider. 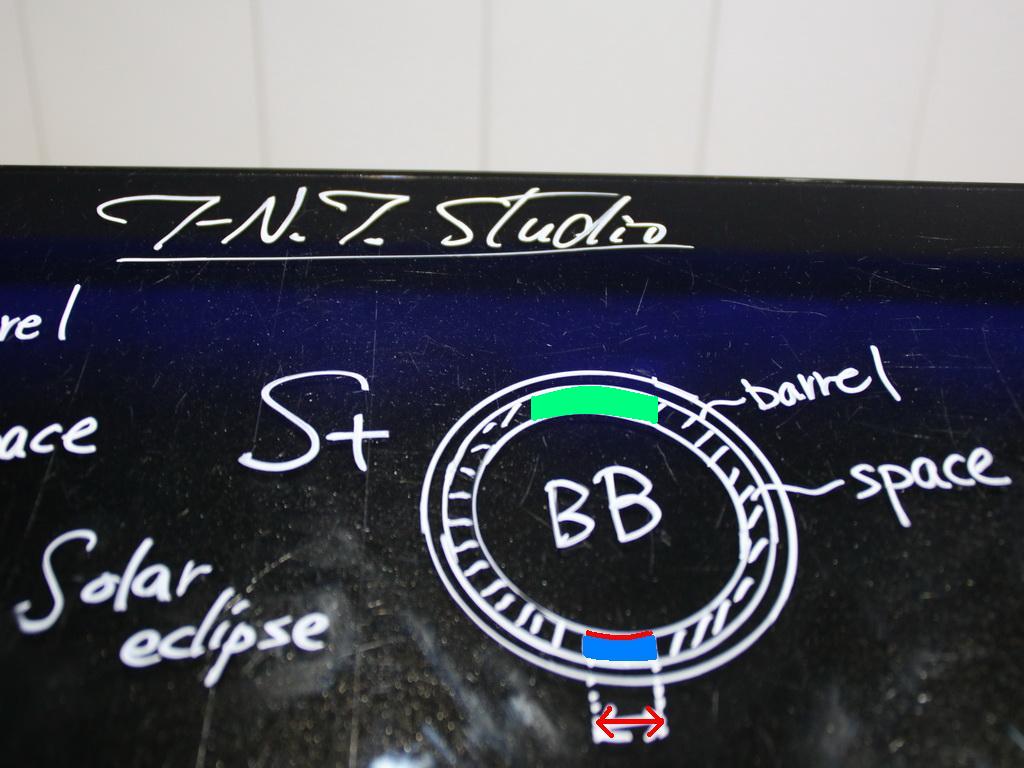 3. Because the resistance at the bottom of the BB is reduced, when shooting BB , the jump curve after the HOP-UP effect in the inner barrel is more moderate, let the HOP-UP effect and the BB projectile are accelerated more stably in the inner barrel.
4. The required HOP-UP reduction is reduced → Reduced gas loss (increased effective exhaust) → Muzzle kinetic energy increased slightly.
5. When BB in standby initial position, it's easier to be pressed back to nozzle by HOP-UP bucking's friction block, make BB more closer to nozzle.
6. Locktime shortened (time from piston release to BB leaving inner barrel).
7. Reduced sensitivity to dust and reduce BB drop off the wax powder situation.

8. The S+ barrel is ONE PIECE designed , more higher precision!!

Orders outside EU - save -21% VAT at checkout

Orders outside EU - save -21% VAT at checkout

There are no reviews written yet about this product.

Create your own review

You can compare a maximum of 3 products